People who handle complaints often say the hardest part of their job is the behaviour of some people. Discover strategies to prevent or de-escalate challenging behaviour.

During the workshop, you will work through:

After completing the workshop, you will be better able to:

Excellent mix of exercises and activities. Wonderful presenters - great with the group, considerate of all, welcomed input. Variety of topics and activities kept the group interested.

(Our) management team … has been very impressed with the impact of the training. It has been a catalyst for our self-care message and to get better outcomes when our people have challenging conversations with clients.

The workshop provided an opportunity to reflect on how I deal with people. It also provided tools and strategies to deal with the challenging behaviour.

For all enquiries, contact our Education team at education@ombudsman.vic.gov.au 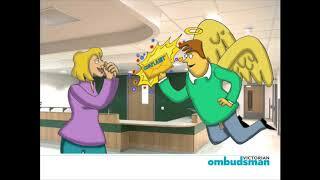 This video contains a series of animations accompanied by a voiceover. The Victorian Ombudsman logo is in the bottom right corner of every screen.

Glass: Here’s an ideal: someone approaches us, or one of your agencies with a complaint.

An animation shows a hand carrying an envelope titled: “COMPLAINT”, moving across the screen as though the person is walking from right to left.

Glass: Once we’ve determined we can deal with the complaint we accept it, and we look at it, explore it, investigate what happened, perhaps what shouldn’t have happened, and we reach an outcome, which we communicate back. Simple, right?

A second hand enters from the left. It meets the first hand in the middle of the screen and accepts the complaint.

A photograph of an office appears, with an animation in front of it showing a man passing the complaint to a woman. As the woman holds the complaint, the envelope changes colour and the title changes to: “OUTCOME”. The woman passes the outcome back to the man.

Glass: Only sometimes, we know the journey from initial complaint to outcome is not that straightforward.

A ‘COMPLAINT’ envelope flies erratically in circles across a white screen, changing to an ‘OUTCOME’ in the process.

Glass: Sometimes, it’s as if the behaviour of the person lodging the complaint is getting in the way of us being able to deal with it.

The screen fades back to the animation of the man and woman in the office. The man is lodging a complaint and appears very angry, crying while waving his fists in the air. The woman accepts the complaint and looks frustrated with her arms crossed.

Glass: Sometimes their behaviour is all that we can see, and we almost lose sight of the complaint itself.

The man waving his fists appears to become more upset, with his eyes closed and jaw clenched. He grows larger in size whilst the woman does not.

Glass: If only people who brought their complaint to us were all pleasant and respectful, or able to contain their emotions, and all that they’ve been through.

The man becomes an angel with a halo and wings. He is handing a complaint to the woman who appears very happy with her hands over her smiling face. The complaint envelope is emphasised with a starburst around it, and love hearts appear above the woman’s head. The man wiggles his wings.

Glass: If only they were able to explain their problems succinctly, and manage their own expectations well, all the time understanding the limitations we operate under.

The man is no longer an angel. He appears to be holding documents related to his complaint, and the woman looks eager to accept them.

Glass: And of course, if only they accepted our outcomes, no matter what they are with good grace and gratitude.

The woman is holding an outcome envelope. The man waves his hands in the air with joy.

Glass: But people who make complaints are human, as are the people who handle them, and we humans are a little less likely to do exactly what the system thinks we should. There are some behaviours that may be understandable if we know more about the context.

The man has hands by his side and looks sheepish. The woman appears apologetic. Text appears above the pair: “HUMANS”. Graphics show two flashing, red arrows pointing from the text to the man and woman.

Glass: Some that we can prevent from escalating, and some that can be truly unreasonable.

A new slide appears with a carnival backdrop. Graphics show a woman and a high striker, a carnival game in which a person strikes the base of a tower with a hammer which causes a disk to rise up the tower. On this tower, there are four signs with words depicting levels of escalating frustration [from top down]:

The woman appears angry and hits the tower base with a hammer, causing the disk to rise to the top of the tower. Each sign on the tower lights up when the disk reaches it.

Glass: Remembering that some types of behaviour, such as threats of violence, are never acceptable.

The carnival scene fades to a slide containing the text: “THREATS OF VIOLENCE”. A ‘no symbol’ appears over the text.

Glass: People who complain may be angry or frustrated, with good reason. They may feel vulnerable and distressed.

The image of the office seen earlier in the video reappears. A new animation illustrates a line of frustrated people waiting to complain. The people in this line are an elderly man, a Muslim woman, a man in a wheelchair, a middle-aged woman and young man. The characters are all wiggling.

Glass: There are ways to respond to the behaviour, to prevent the situation from becoming worse. Tools and strategies to handle the situation better, so you’re able to do your job: dealing with a complaint and providing a good service.

A new slide appears with a tool-shed backdrop. Graphics show a pair of hands opening a toolbox. Six tools come out of the toolbox, each with its own label [from top down]:

LISTEN TO THE PERSON

Glass: To that end, we’ve developed this guide. To find out more about dealing with challenging behaviour, and our training, please visit our website.

A closing screen appears, containing an image of an Ombudsman publication from May 2018 titled: “Good Practice Guide to Dealing with Challenging Behaviour”.

The image is replaced by closing credits: 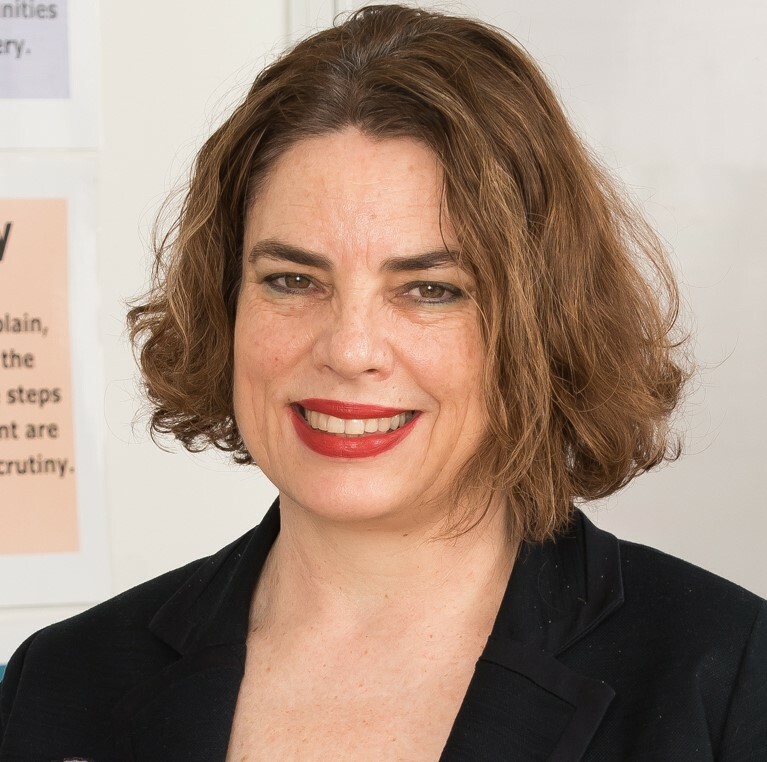 Marita’s firsthand experience dealing with complaints supports the high level of training she provides to our public sector education programs.

Before joining the Victorian Ombudsman as an Investigation Officer, Marita provided investigation and regulatory services with the Victorian Institute of Teaching and the Tertiary Education Quality and Standards Agency. 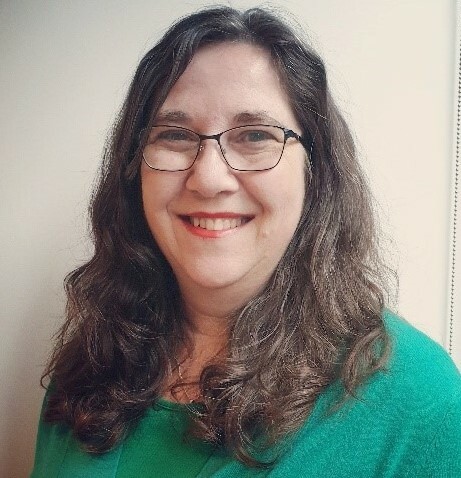 Jenny’s earlier roles were in occupational health and safety management and education.

This guide makes suggestions for complaint handlers when they are dealing with behaviour that they may find challenging. It includes tips for dealing with common situations, and examples based on actual cases.