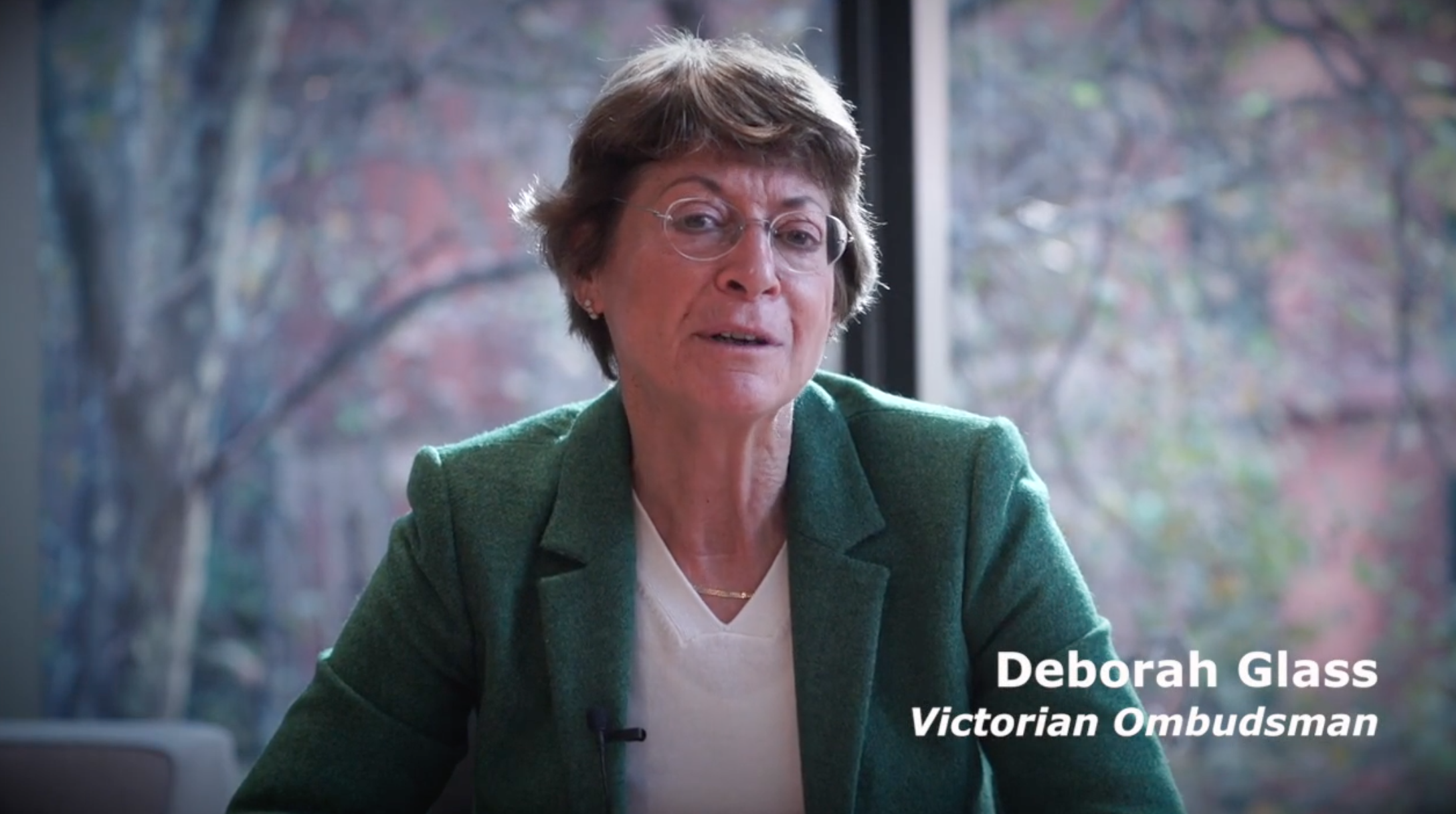 Foreword by the Victorian Ombudsman

‘Issues can just get out of control in the public domain. They just catch fire.’

Indeed they can. This was the reflection of a senior official at Victoria’s Environment Protection Authority, the regulatory body charged with protecting our air, land and waterways – matters of deep concern to millions of people.

The issue that caught fire was PFAS, a class of toxic chemicals described as ‘forever chemicals’; an emerging concern around the world because of their ability to build up in the environment and in the human body.

The environment was a prime concern for the many thousands of people living near three sites approved by the EPA for the dumping of PFAS-affected spoil from the West Gate Tunnel Project.

I launched this investigation as a result of that concern. We sought to examine whether the EPA had proper regard to the principles set out in its Act –including ‘Accountability’ – and to human rights.

The EPA’s job in the West Gate Tunnel Project was to ensure the environmental impact was properly considered and managed. One part of the project is the construction of tunnels involving extensive excavation of soil through Melbourne’s western suburbs – including areas of previous heavy industrial use.

In June 2019, PFAS was detected in groundwater samples at several locations along the tunnel route.

This created two problems. It delayed the project and caused a cost blow-out. While the EPA was open to exploring safe reuse options for the spoil, this was dependent on further testing of the area. But further testing could not be done. The Consortium responsible for delivering the project said it could not access bores on private property or under roads, and that once the tunnel boring machines were started they could not be stopped. So tunnelling could not begin until a decision was made about spoil management.

The EPA was left in the uncomfortable position of advising on spoil management options without knowing the exact levels of PFAS in the spoil. The sheer volume of spoil to be excavated made it impossible to use existing landfill sites.

While senior officials denied there was any government interference, there is little doubt the EPA was under pressure to ‘fix’ the problem to get the project back on track.

They did so by helping the Department of Environment, Land, Water and Planning develop bespoke regulations to enable potential sites to receive the spoil. They also approved plans for three sites in Bulla, Bacchus Marsh and Ravenhall.

But community concern about PFAS meant the decision about where the spoil would end up was always going to be controversial.

Early in 2020, several community groups and agencies found out from media reports about the proposal for sites in their local areas to receive the spoil. Despite being aware of the considerable interest of community groups, the EPA had no meaningful interaction with them while it helped draft the regulations and made decisions about the plans.

Residents said they were ‘left in the dark’.

People expressed concerns about ‘toxic soil’, including fears it might increase the risk of birth defects and terminal illness in the community, and worries about dumping it close to schools and waterways.

‘I could not sleep for weeks with worry that the soil was going to be so close not only to my children but to all of Bacchus Marsh.’

Such was the level of concern that two community groups started legal action in 2020 to challenge the EPA’s decision. The EPA was compelled to revoke its decisions, but then approved three fresh plans for the landfill operators in early 2021. In June 2021, the Bulla site was chosen to receive the spoil, which provoked further community concern and complaints.

‘We moved to Sunbury to give our children clean, safe open spaces to grow up in … I refuse to allow my family to be guinea pigs while we wait to see what the long-term effects of these chemicals are.’

‘PFAS was one of those lightning rod type issues … [There was need] to try and get the independent information and facts out there … to help inform people in a highly emotive context.’

Ultimately, we concluded that the EPA did its job according to the science. It assessed the danger was likely to be low, but adopted a cautious approach to the management of the spoil, requiring all landfill operators to safely contain PFAS at ten times the amount likely to be present in the spoil. The decisions were in fact compatible with the right to life and the rights of the child.

But it plainly failed to convince the community of this. The EPA told us consulting the community would be a ‘waste of time’ and that discussions ‘could not be fruitful because of the level of anger in the community’. In effect, the EPA thought there was no point in consulting because it knew what the community thought. Instead, it took the approach of ‘putting factual information on the website’, but much of it was redacted.

This may have achieved the bare minimum required by legislation, but it led to a yawning gulf between the EPA’s approach and the community’s expectations of how its environmental regulator should behave. The result was a lack of trust in the EPA as an independent authority and a perception that it put political and commercial interest ahead of its duties as a regulator of environmental health.

If anything, ‘lightning rod’ issues such as PFAS require more, not less, engagement. The absence of information and meaningful engagement escalated the fear and anxiety in the community.

We were told the EPA ‘did not have the resources’ to turn around the negative public perception of PFAS. Yet it spent ‘hundreds of thousands of dollars’ on legal advice.

We also found the EPA did not give proper consideration, or indeed any specific consideration, to relevant human rights when making its decisions. But while human rights were not front of mind for the EPA they were very much a focus for affected communities, who were worried about the protection of their children in local schools, among other things.

Since March 2022, the EPA has tested the excavated spoil and from April 2022 it has published the results on its website. The latest at the time of writing showed levels of PFAS in line with their scientific assessment – well below the danger level.

While this must be a relief for local communities, much grief and angst may have been spared if the EPA had engaged effectively with the public from the outset and listened to them. Instead, the EPA had to be taken to court for communities to be heard. How different might the relationship have been if the EPA had truly engaged with the human rights of those affected by its decision making.

Environmental decision making is an emerging area of human rights concern, and an increasingly real concern for millions of people. All the more reason for the EPA to understand its role is not merely that of a science-based regulator, but one with significant community responsibilities.

I am pleased the EPA now acknowledges this. It says it is working hard to rebuild trust and is taking a more collaborative and transparent approach to sharing information with the community, based on what the community wants and needs to be able to participate in public life.

In addition to publishing the test results, the EPA has begun a series of monthly information sessions for the community near the Bulla site. I commend these changes and the commitment to more open and transparent community engagement.

This will, undoubtedly, not be the last ‘lightning rod’ project in which the EPA is involved. It seems some hard lessons have been learned – which should at least benefit future affected communities.

News The Victorian Environment Protection Authority should have engaged with communities when making its decisions on West Gate Tunnel Project, Ombudsman says