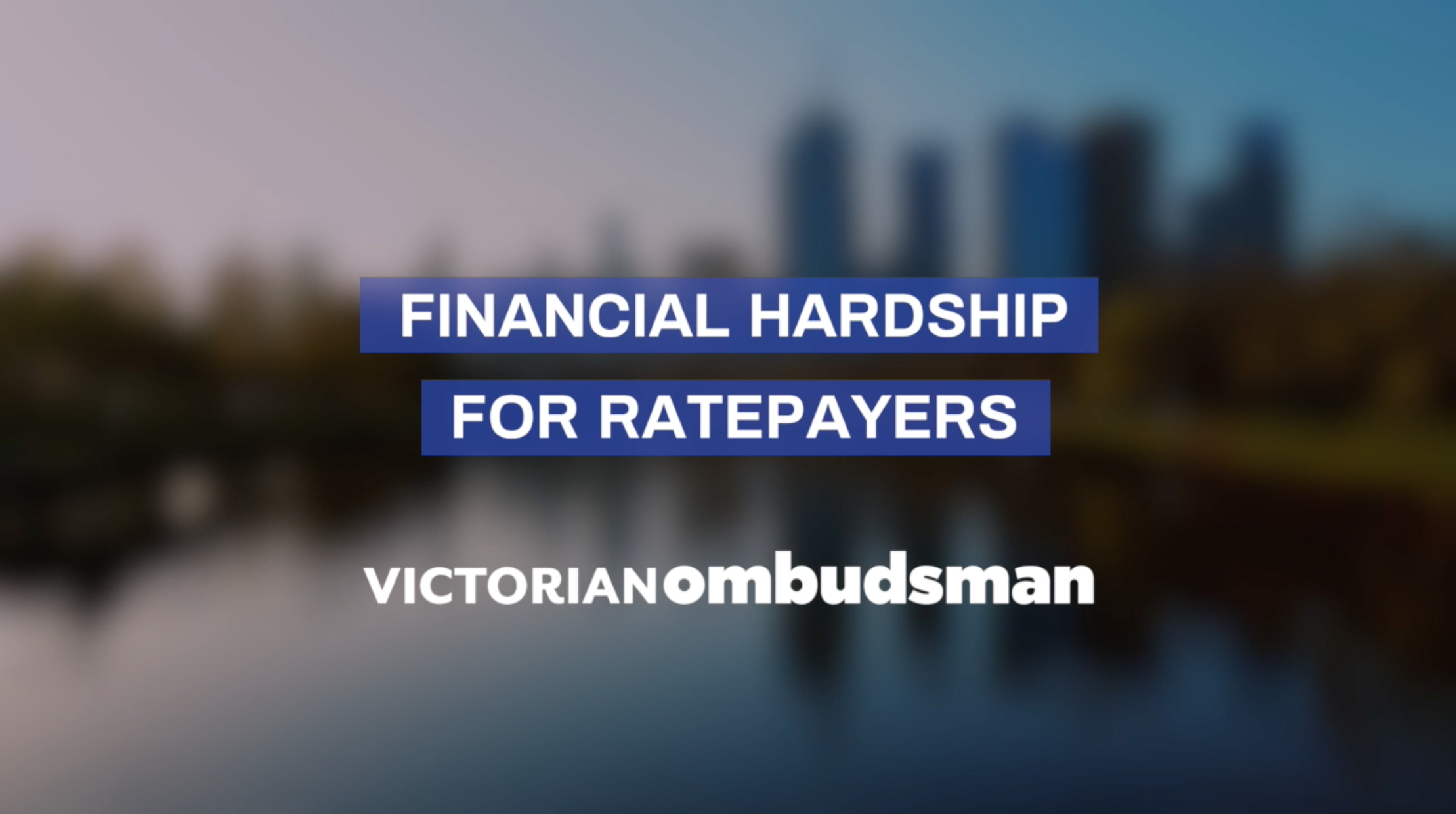 A snapshot of this report can be downloaded here

During the probe, the Ombudsman examined how struggling homeowners would be treated if they fell into debt, and whether council practices were fair and reasonable.

The examination of Victoria’s 79 councils showed widely varying practices. Some offered easier ways to pay rates and demonstrated other good practices such as engaging with local financial counsellors, recognising family violence as a sign of hardship, and providing information in community languages.

But other councils had policies that were inaccessible, and in some cases, unfair and wrong.

The investigation found in some council areas victims of family violence and those with mental health were taken to court over unpaid rates, payment plans were presented as the only option, and people in hardship were charged high penalty interest they could not pay back.

Some of the cases included:

Tabling her Investigation into how local councils respond to ratepayers in financial hardship report today, Ombudsman Deborah Glass said councils had obligations to their whole community, not just those who could afford to pay.

“Too many people are told their only option is a payment plan, when the legal framework includes waivers and deferrals – which some councils have a blanket policy of refusing,” Ms Glass said.

“While councils should only be expected to waive rates rarely, discretion, not sledgehammer refusals, should be the order of the day.

“The public sector is expected to act in the public interest more than the private sector – but in dealing with hardship, local councils lag behind utility and other companies, including banks.

“We would be rightly concerned if our bank was doing more to meet its social obligations than our council.”

Ms Glass said many of the policies were inconsistent with good administrative practice, including litigation against people in crisis and the over reliance on debt collectors who caused further stress to those already in vulnerable situations.

“When it comes to hardship, too often we’re on our own,” she said.

“Charging penalty interest to people in hardship is also wrong – as well as punitive and counterproductive.

“Nobody wins from heavy-handed approaches, least of all the public interest.

“But the good practice we have seen, both in councils and elsewhere, show it is possible to do it better.”

Some of the key recommendations from today’s report include changing the law to have a clear definition of “financial hardship” and capping interest rates on payment plans or deferrals.

It also includes standards for rates hardship relief, including where rates debts are associated with family violence, requiring councils to have a hardship policy and a stronger oversight of debt collectors.